A Gabriel Harley show has something for almost everyone. From intimate ballads to rock anthems and jazz-tinged jams, there's a reason that audiences of all ages keep coming back for more. Backed by his world-class, high-energy band, Gabriel is a firm believer in keeping the crowd engaged. His extensive song list includes favorites by artists like Sting, Jimi Hendrix, Van Morrison, Cat Stevens, Howlin' Wolf, and BB King in addition to material from his five nationally-released albums.

Born into a musical family and raised on a steady diet of classic folk, rock, and blues, Gabriel began writing songs while still in high school and, just months after graduating, was playing steady gigs across his home state of Indiana. Within a few short years, the burgeoning artist was making albums, playing to packed rooms, and criss-crossing the United States as an artist, producer, and professional songwriter.

And then everything came to a grinding halt. Concerned by increasing fatigue and a family history of heart issues, Gabriel set an appointment to get checked out. The results weren't encouraging. "You're basically a ticking time bomb," his cardiologist said, diagnosing him with a failing valve and an aortic aneurysm that could "pop" at any moment.  Gabriel had no choice but to put his music and life on hold and undergo open-heart surgery. It was a necessary move, but one that would ultimately lead to a rocky recovery process last more than two years.

Although unable to perform, Gabriel kept pressing forward. Between doctor visits and hospital stays, he continued to write and record new material, storing it away for the day when he could finally return to the stage. The time for that return has finally come.

In June of 2022, Gabriel Harley will release his fifth studio album, Beat of a Broken Heart. Recorded with his live band in a backwoods Tennessee cabin, it's an album infused with hope, passion, and pain. From the jaunty pop-rock title track to the driving psychedelic story song "La La La" to the stein-swaying lilt of "Night of Good Mirth" (an Irish-influenced ode to pub crawling with friends), Beat of a Broken Heart is twelve tracks of fine musical craftsmanship and personal, poetic honesty.

Interact with Gabriel and other music fans on the official Facebook group! 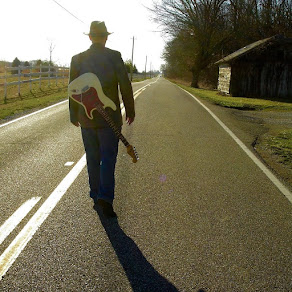 Gabriel Harley's poetic lyrics and pop sensibilities have frequently drawn comparisons to artists like Sting, David Bowie, and Bruce Springsteen. For his 2022 BEAT OF A BROKEN HEART tour, Gabriel has assembled a dynamite rock band guaranteed to keep audiences cheering, dancing, and singing along from downbeat to encore.